An estimated 250 people attended the celebration for Indigenous People’s Day hosted by the Siletz Tribal Arts & Heritage Society (STAHS) on October 10, 2022. Some traveled from areas as far as Springfield, Oregon and even those on their travels all the way from Alabama. Friends and supporters of STAHS that were able to attend included Oregon State Representative David Gomberg, Oregon State Senator Dick Anderson, Lincoln City Council Member Riley Hoagland, and Mike Holden who has held too many offices to list and is currently chairman of the Siletz Tribal Charitable Contributions Fund (STCCF).

The celebration was held at the recently remodeled STAHS office building and boutique in the center of town at 146 SE Gaither Street in Siletz. The weather was perfect for the event! Guests had the opportunity to view and purchase handmade jewelry created by Shantel Peacock who was located at the front of the building, wander through the boutique to select from a variety of STAHS merchandise, purchase the history book of the Siletz Tribe, People Are Dancing Again and many unique items. Past STAHS Board member and the current President of the Board of Directors for the North Lincoln County Historical Museum Cynthia Farlow is a talented jewelry artist who was present to talk about the origins of the shells and beads that she uses in the fine wearable art she creates.

Valerie and Larry Hidden with their daughter Heidi Lussier volunteered their time and talent to serve up in the neighborhood of 300 servings of complementary fry bread on the back lawn. Students from Siletz Valley High School even stopped by at lunch. Bristo’s Place Food Truck was on hand for some tasty Asian and American Wok Cookery takeout like pan fried noodles with chicken plus those wonderful hamburgers Bristo & crew serves up.

It was a rewarding and fun day visiting with Tribal Elders, community members and those that traveled hours to come support our community. Siletz Tribal Council Members Loraine Butler, Bonnie Petersen and of course, Angela Ramirez who is also a hard working member of the STAHS Board stopped in. The number of people from outlying areas, out of staters, and the interest in the soon to be built museum and the baskets on display was gratifying. One visitor donated a small basket and another donated a large collection of olivella shells. Shantel Peacock will be making some necklaces with the donated shells that will be part of upcoming raffles.

The hourly door prize of a Carmel corn and the collectable book for the STAHS Capital Campaign were a big hit. The two prizes for the raffle, a pair of earrings made by Shantel Peacock and the basket that was a collection of STAHS merchandise had many hopefuls hanging out until the drawing was done at 4PM.

Members of the STAHS Board, Gloria Ingle, Teresa Simmons, Angela Ramirez and Jacob Reid extend their whole hearted thanks to our outstanding volunteers, Cynthia Farlow, the Hibdon Family, Shantel Peacock and Ashliegh Ramirez.

The Board of Directors for the Siletz Tribal Arts and Heritage Society (STAHS) wants to express our gratitude to all of those that have supported the Capital Campaign over the last two years. To be able to raise our $2.5 million contribution to the construction of the museum exterior throughout a worldwide pandemic speaks volumes to all of those that support the Siletz Tribe’s dreams to have their own museum; a dream that has been growing for 40 years and will soon come to fruition.

Tribal Council member and cultural leader Loraine Butler offers a blessing and song at the recently opened STAHS office and boutique in the heart of Siletz at 146 SE Gaither Street.

The Siletz Tribal Arts and Heritage Society worked tirelessly this year to step up their merchandise sales by adding new merchandise; sweatshirts, long sleeve t-shirts and tumblers. The items were very popular and helps to promote the public image of the Society. The David Hatch Memorial Endowment was established with the Oregon Community Foundation and the inaugural dinner was held for family, friends and supporters of STAHS. The Board of Directors were able to take a two-day retreat to work out the details for the last six events of 2019 and finalize the job description to hire a Capital Campaign Director in 2020.

All in all, 2019 was a huge leap forward for the Society and we are excited to see where we can go in 2020 with the Capital Campaign Fund so we can begin construction of A Place for the People.

Do you have a well-loved recipe written on a tattered piece of paper or recipe card you pull out all the time that is getting harder to read. It would be heartbreaking to lose that piece of paper! Do you have a family recipe for an amazing chocolate cake, special cookie recipe, the best comfort food or a fry bread recipe you are willing to share with the world? Are there some favorite meals you cook that you want written down so that your children and generations to come will be able to have access to it.

The Siletz Tribal Arts and Heritage Society is creating a 2nd edition custom cookbook featuring favorite recipes submitted by Tribal members, their families and friends of STAHS. These cook books will be professionally published. Our first edition was published in 2017 and we sold out last year. Many that purchased the first edition treasure their cookbook as they can recognize their family members that contributed and they can pass on that family jewel. The 2nd edition is sure to be a cherished keepsake as well. Money raised will be used for the Capital Campaign for the construction costs of the Siletz Tribal Cultural Center and Museum, A Place for the People.

Please submit 3-8 recipes so you and your family can be represented in our cookbook. We especially want your name and the origin of the recipe if you received it being passed down in your family. That is what will make this cookbook a treasure for all!

By having many recipes from Tribal members, their families and friends of STAHS will ensure that our cookbook is a success. We are using Morris Press Cookbook’s web site to easily submit recipes online; by you or we can enter it for you.

If you would like to submit recipes please contact us at STAHS.Board@gmail.com for the website and login information. If you do not have access to a laptop to easily enter the recipe or want us to enter it; you can email or mail us a hard copy of the recipe to STAHS, PO Box 8, Siletz, OR 97380-0008.

We anticipate a great demand for our cookbooks, and we want to be certain we order enough. To reserve your copies, email us at STAHS.Board@gmail.com with the number of cookbooks you would like with your contact information. Once we have all the recipes submitted we will know the cost of the cookbook.

OCF is where the David Hatch Endowment is held. As STAHS gets closer to our initial goal of $2.5 million we will be able to secure grant funding for the operation of the Siletz Cultural Center with the museum component.

Three more sleeps and it is time for the Indian Fair & Marketplace! On Saturday, November 23rd from 9AM to 3pm at Chinook Winds in Lincoln City, Oregon the Siletz Tribal Arts & Heritage Society will be on hand with our merchandise; sweatshirts, tumblers, cookbooks and the Siletz Tribal history book. There will be over two dozen other vendors; some with informational displays and others with merchandise for sale. Come by while you are out & about for your holiday shopping or on your trip to where it is Better at the Beach!

The 2019 Indian Fair commemorates the 104th anniversary of the very first Indian Fair that was held in Siletz in 1915. It will be reminiscent of those earlier Indian Fairs as a time of sharing traditions, history and culture.

A wide array of items created by Native artists and crafts people will be on display including regalia, baskets and other art forms, both historic and contemporary. Native vendors will have items for sale just in time for Christmas shopping!

You are invited to join in this educational celebration of the rich culture and history of the Confederated Tribes of Siletz Indians.

The Siletz Tribal Arts and Heritage Society (STAHS), a non-profit organization, was formed in 2011 with the mission to support and promote the practice, conservation and restoration of the tribal cultures of the Confederated Tribes of the Siletz Indians.

We have had a great weekend at the Siletz Nesika Illahee Pow Wow! We have sold lots of sweatshirts and have a few left! If we are out of your size, no worries, we will be getting more in and are taking orders now. Stop by the booth today, 11AM – 3PM.

Raffle prizes included … two baskets with the STAHS Cookbook, “A Time to Wail” by Grace Elting Castle, Smoke Signals DVD, and some other great items. A beautiful skirt and necklace created by Cynthia Farlow. Plus a couple canvas prints that highlight images from our postcards.

Go to our online Store to order your sweatshirt today!

If you would rather order via check email us and we will send you the order form.

The Board’s upcoming fundraiser is the pre-sale of black & white sweatshirts that will go towards supporting the capital building campaign. More information will be coming! 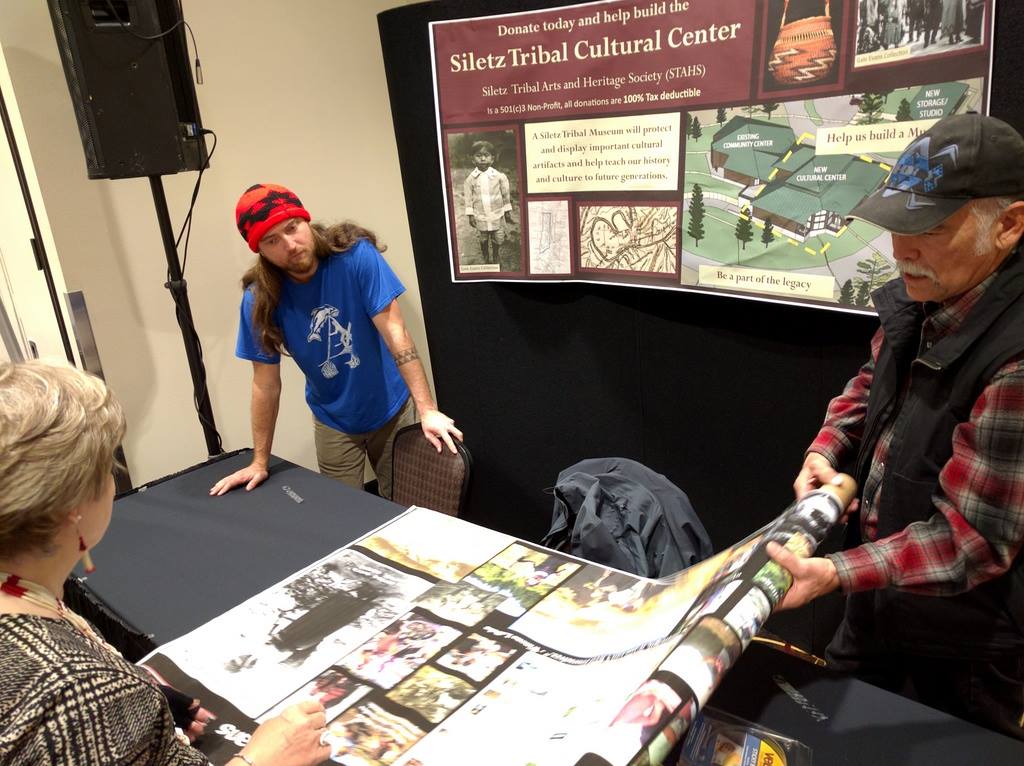 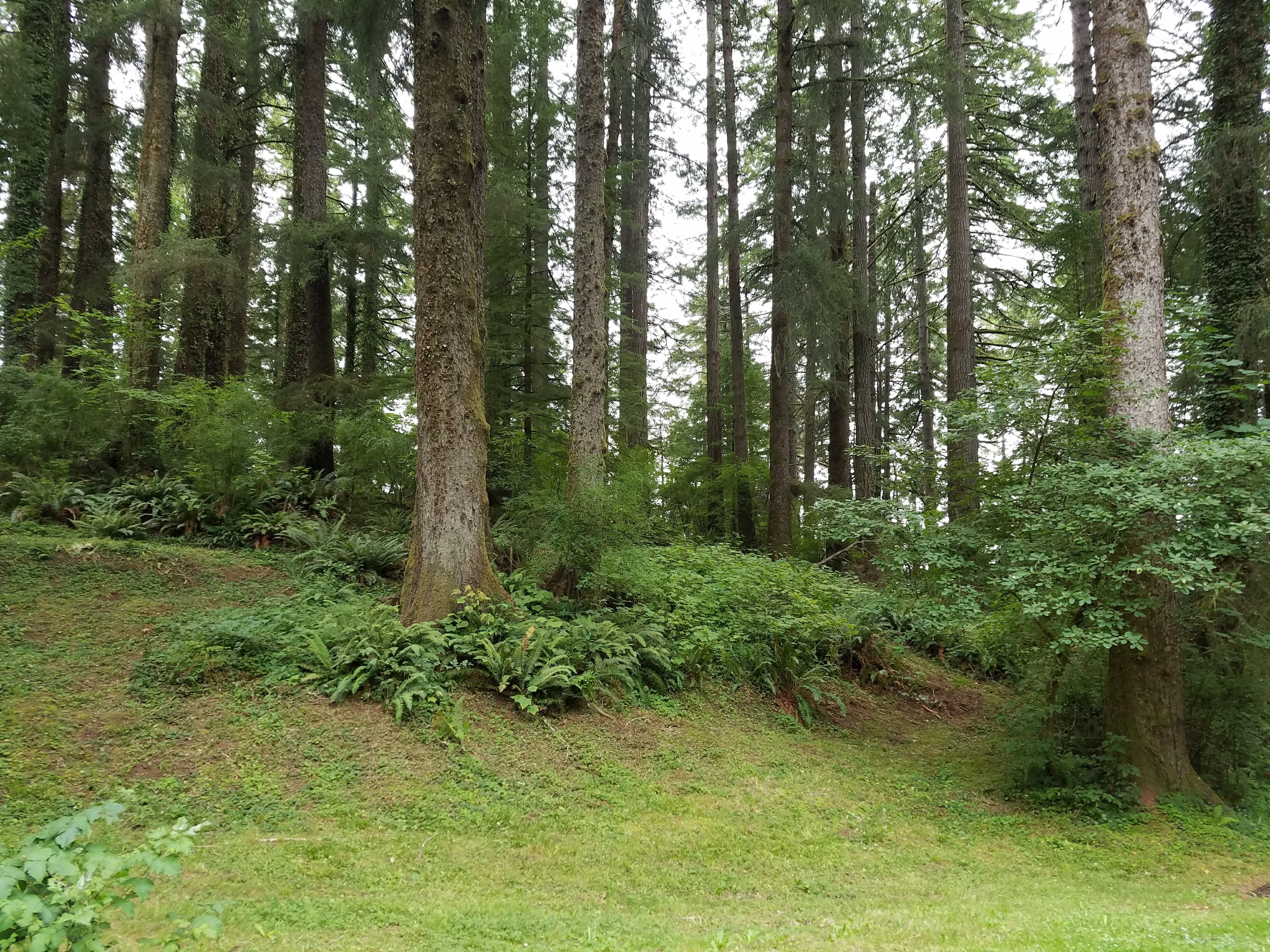 The STAHS Board of Directors and volunteers of STAHS attend many functions and events hosted by the Tribe, hosted by local partners, held within the community and in Indian Country. The Board of Directors wants to inform the public about the Siletz Tribe, where we come from as a Tribal Nation and that our heritage… END_OF_DOCUMENT_TOKEN_TO_BE_REPLACED